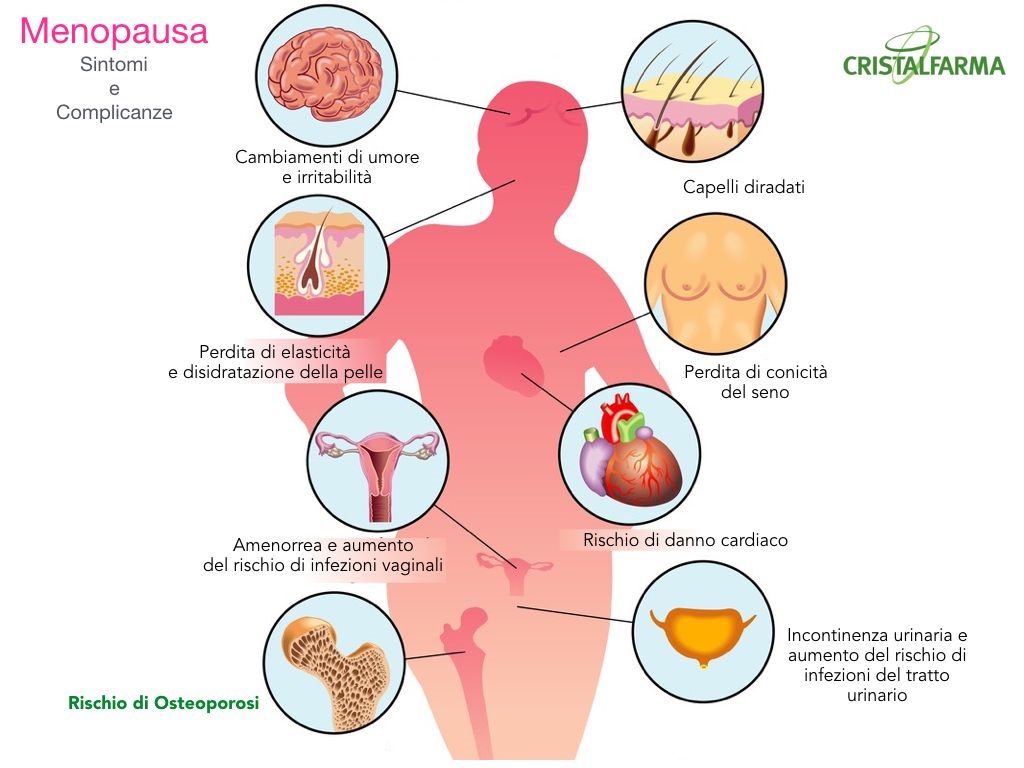 Menopause is the process through which a woman ceases to be fertile or menstruate. It is a normal part of life and is not considered a disease or a condition.

This article will explain the symptoms and causes of menopause, as well as how to diagnose and treat any symptoms that arise.

Menopause marks the end of a woman's fertility.

A reduction in estrogen levels can lead to the symptoms of menopause.

While menopause is not a disease or disorder, it does trigger some profound changes in a woman's body.

A diagnosis of menopause is confirmed when a woman has not had a menstrual period for one year. However, the symptoms of menopause generally appear before the end of that one-year period.

Changes to the menstrual pattern are the first noticeable symptoms of menopause. Some women may experience a period every 2 to 3 weeks. Others will not menstruate for months at a time.

Perimenopause is the 3-to-5-year period before menopause.

During the perimenopausal stage, a woman's estrogen levels will drop significantly. This reduces her chances of becoming pregnant.

Dryness, itching, and discomfort of the vagina tend to occur during perimenopause.

As a result, some women may experience dyspareunia, or pain during sex . Women experience this pain due to lowering estrogen levels. These lower levels cause vaginal atrophy.

Vaginal atrophy is an inflammation of the vagina that happens as a result of the thinning and shrinking of the tissues, as well as decreased lubrication.

There are a number of medical treatments and home remedies that can help with symptoms, including hormone replacement therapy (HRT) and self-management techniques.

A hot flash is a sudden sensation of heat in the upper body. It may start in the face, neck, or chest, and progress upward or downward.

The skin may become red and patchy, and a woman will typically start to sweat. Her heart rate may suddenly increase, strengthen, or become irregular. Hot flashes generally occur during the first year after a woman's final period.

Hot flashes that occur during the sleep cycle are called night sweats. Most women say their hot flashes do not last more than a few minutes.

However, studies have confirmed that moderate-to-severe night sweats and hot flashes may pose a problem for around 10.2 years.

It can be difficult for women to fall asleep and stay asleep as they progress through menopause.

In some cases, night sweats can lead to discomfort during the night and difficulty sleeping. Sleep disturbance may also be caused by insomnia or anxiety.

Women tend to be more susceptible to urinary tract infections (UTIs) during menopause, such as cystitis. They may also find that they also need to visit the toilet more often.

Women can experience depression and low mood during menopause.

Women may also experience low libido, or sex drive, as a result of these emotional changes.

Menopause can affect cognitive functions, such as concentration.

Other symptoms of menopause include:

a buildup of fat in the abdomen, sometimes leading to overweight and obesity

Without treatment, symptoms usually taper off over a period of 2 to 5 years. However, symptoms can persist for longer. In some cases, vaginal dryness, itching, and discomfort can become chronic and eventually get worse without treatment.

Menopause can lead to the development of complications, including:

Osteoporosis: A woman may lose bone density rapidly during the first few years after menopause. Low bone density leads to a higher risk of developing osteoporosis.

Urinary incontinence: Menopause causes the tissues of the vagina and urethra to lose their elasticity. This can result in frequent, sudden, and overwhelming urges to urinate. These urges can be followed by involuntary loss of urine. Women may involuntarily urinate after coughing, sneezing, laughing, or lifting during menopause.