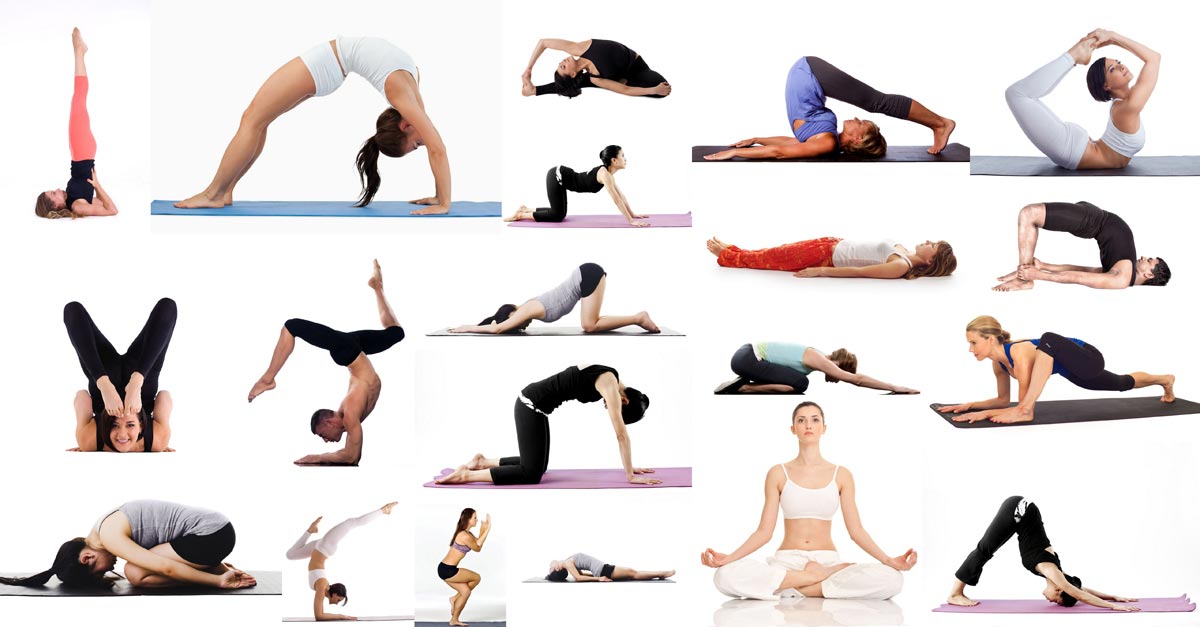 Maintaining the same Peace in between all the modern form of physical activities, unfolding the infinite potentials of human mind and soul and imbibing the complete essence of the way of life, is YOGA. The word Yoga is derived from the Sanskrit word YUJ and this body of knowledge dates back to old 1000 years. Many think yoga for weight loss to be a physical exercise where stretch, twist, turn and complex ways of breathing help reducing the weight but no, it is more than that. It is a journey in itself, a journey where an individual consciousness or soul meets the universal consciousness or soul.

Hatha Yoga: Hatha Yoga is the foundation of all yoga styles. It includes Asanas ( postures), Pranayama ( breathing exercises), Meditation ( Dhyaan) and kundalini ( Laya yoga) for the achievement of enlightenment.

Vinyasa Yoga: Like Hatha Yoga, Vinyasa Yoga imbibes many different styles of yoga but the essence here is to synchronize the breath with movement. The postures done here are in a flowing sequence or vinyasa flow, almost like a dance.

Ashtanga Yoga: The word Ashtanga means eight limbs and Ashtanga Yoga is done in series where each series has a sequence of asanas. This Yoga is typically vigorous, fast-paced, and physically challenging where the entire concentration is on synchronizing the breath with the movements as you keep moving to different series.

Bikram yoga: Founded by Bikram Choudary in the year 1970, this form of yoga is also called hot yoga. Here, a set of twenty-six postures and two breathing styles is carried out in the same order for ninety minutes in a room with a humidity level of 40% and temperature at 40.6-degree Celsius. It really helps in flushing the toxins and managing the weight.

Power Yoga: The latest and the most practiced amongst the young generation is power yoga. Basically, this yoga originates from ashtanga where it has just been more refined by adding core exercises and upper body work. The upbeat music played in sessions here make this yoga more interesting.

Iyengar Yoga: This yoga type was designed by B.K.S. Iyengar almost 60 years ago with an aim to promote strength, endurance, and flexibility. Here, poses are held for much longer as compared to other types of yoga and the prime focus is to achieve perfect musculoskeletal alignment. Another trademark of this yoga is the usage of props like belts, chairs, blocks etc so as to effectively correct structural or posture imbalances.

Jivamukti Yoga: This style of yoga was found in 1984 where the word Jivamukti means liberated being. This yoga is a good blend of physical and spiritual exercise where a lot of Sanskrit chanting is done along with Pranayama and other Asanas.

Kundalini Yoga: This yoga is practiced to awaken the energy at the base of the spine which eventually is drawn upward through seven chakras. Each kundalini asana is referred to as kriya where chanting, meditation, movements, breathing exercise is carried out in a repeated way.

Yin Yoga: It is a slow-paced style yoga in which poses are held for five minutes or longer. It helps in increasing the circulation at joints and in improving flexibility.

Sivananda Yoga: A typical session of Sivananda yoga begins with a Savasana followed by kapalbhati, anuloma violam and then a few rounds of Surya Namaskar. Followed by Sivananda’s twelve asanas which together strengthen the spine and make it flexible too. Chanting and meditation can also be a part of this yoga.

Improves the overall quality of life

Clams you down from inside

Makes you more aware of your body

Gives your good time to be with your own self

Some best yoga for common diseases

Yoga for back pain

The inflation, competition and hush bush of daily life have made men a machine, with little time off to himself to spend in taking care of his health. Most of the time is spent sitting on chairs finishing the work on computers. In such scenario, the concept of corporate yoga is certainly a boon. Corporate yoga is simply the yoga sessions for the employees in the office during the working hours by which the health and work, both are taken care of simultaneously.

To conclude, we will say that may it be your office, home or some studio, learning and practicing yoga for weight loss is always rewarding. It is really one form of exercise that soothes you mentally and physically at the same time. The details of best yoga teachers or yoga trainers of your city are available on our site. So, find your best teacher and enjoy pink of your health.