Foods to Avoid During Period 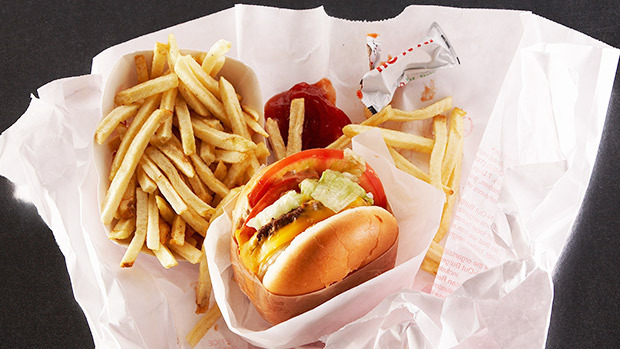 The days leading up to your period can be filled with uncomfortable symptoms such as fatigue, mood swings, breast tenderness, bloating, food cravings and constipation or diarrhea. You may also experience pain caused by the physical act of menstruation, including cramping, bloating and headache. Avoiding certain foods leading up to and during your period may help alleviate some of your discomfort. Here we are discussing the foods to avoid during period.

What not to eat during periods?

According to a leading nutritionist from USA says, "Just like right foods can help manage periods in a better way, wrong foods during periods can increase the chances of periods pain, stress, sleepless nights and other symptoms of the monthly cycle." Lets know what should we avoid eating during periods?

Restricting your consumption of foods and beverages that contain caffeine can help relieve menstrual symptoms. Caffeine-containing foods and beverages, such as chocolate, coffee, tea, and soft drinks, worsen symptoms such as anxiety, depression and breast tenderness, according to James F. Balch and Mark Stengler, authors of "Prescription for Natural Cures." In addition, many energy drinks contain caffeine. Instead, focus on drinking herbal teas and plenty of water to keep your body properly hydrated.

Keeping salt intake under control can help you avoid bloating and the puffy, heavy feeling that comes with it. Avoiding processed foods is one of the best ways to control salt consumption because processed foods and convenience foods are typically packed with sodium. Instead, eat whole foods such as fresh fruits and vegetables, lean meats, fish and poultry, nuts, whole grains and unsaturated fats like olive oil, which are naturally low in sodium and promote overall health.

High-fat foods have a strong influence on hormonal activity in your body, according to the Physicians Committee for Responsible Medicine. Hormone changes during the menstrual cycle are linked to symptoms such as bloating and breast tenderness. On the other hand, consuming a diet low in saturated fats helps reduce excess estrogen levels, according to Balch and Stengler. Avoid foods such as fatty cuts of beef, whole-milk dairy products, sausages, and burgers. Focus instead on fresh fruits and vegetables, whole grains, fish and lean cuts of poultry and meat.

Due to hormonal changes during menstruation, blood sugar levels become unstable, and many women crave sweets. Eating foods high in sugar adds to your blood sugar fluctuations, resulting in mood swings and tension. In addition, consuming refined, sugar-rich foods can contribute to immune system imbalance and fatigue. Instead of reaching for a doughnut to satisfy your sweet tooth, have a fiber-rich fruit salad topped with low-fat yogurt.

Alcohol can have a number of negative effects on your body, which can exacerbate the symptoms of your period. For example, alcohol can dehydrate you, which can worsen headaches and cause bloating. It can also lead to digestive issues, such as diarrhea and nausea.

Plus, a hangover can bring on some of the same symptoms that occur during your period, including:

During your period, your body produces prostaglandins. These compounds help your uterus contract and get rid of the uterine lining, resulting in your menstrual flow. However, high levels of prostaglandins cause cramps. Red meat may be high in iron, but it is also high in prostaglandins and should be avoided during menstruation.