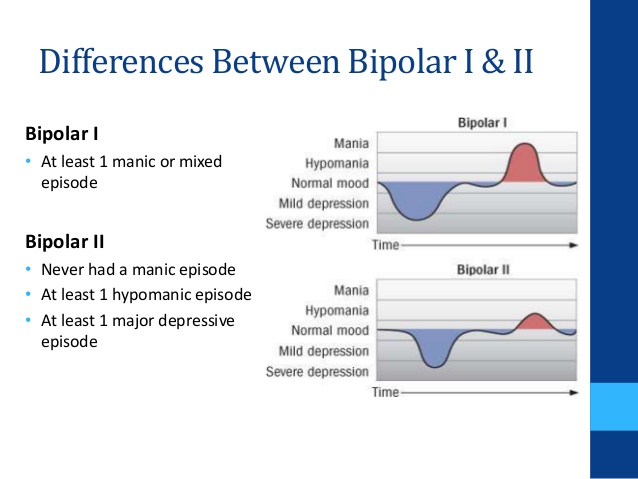 Bipolar I disorder (pronounced "bipolar one" and also known as manic-depressive disorder or manic depression) is a form of mental illness. A person affected by bipolar I disorder has had at least one manic episode in his or her life. A manic episode is a period of abnormally elevated mood and high energy, accompanied by abnormal behavior that disrupts life.


Who Is at Risk for Bipolar I Disorder?

Virtually anyone can develop bipolar I disorder. About 2.5% of the U.S. population suffers from bipolar disorder -- almost 6 million people.

Most people are in their teens or early 20s when symptoms of bipolar disorder first appear. Nearly everyone with bipolar I disorder develops it before age 50. People with an immediate family member who has bipolar are at higher risk.
What Are the Symptoms of Bipolar I Disorder?

During a manic episode in someone with bipolar disorder, elevated mood can manifest itself as either euphoria (feeling "high") or as irritability.