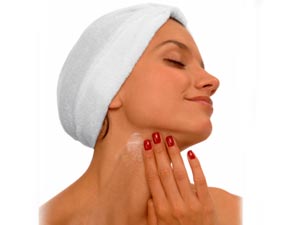 Black neck is a term used to describe a condition in which the skin on your neck is noticeably darker than the surrounding skin, also referred to as “dark neck.” The change in color may be alarming and make you self-conscience, however, in most cases it isn’t cause for concern nor is it contagious.

In some cases, however, this skin darkening may be a warning sign of something more serious, so it’s important to see a doctor to determine the cause and begin any necessary treatment. Read on to learn more about black neck, what causes it, and how to treat it

The primary symptom of black neck is a darkening of the skin on the neck. In some cases, the darkening may also affect other areas of your body, most commonly the armpits.
Other symptoms that may accompany it include:
thickened skin
skin that feels velvety to the touch
itchiness

Acanthosis nigricans
Acanthosis nigricans (AN) is a condition in which the skin turns dark and thick and may feel velvety. It can appear on the neck, in folds of skin, and elsewhere on the body. It’s most commonly found in the armpits, but sometimes in other creases like the groin. It can occur in men, women, and children and may be more common in those with darker skin.
Dermatitis neglecta
Dermatitis neglecta is a condition in which one’s skin changes color because it hasn’t been properly washed. It happens after sweat, bacteria, sebum, and other matter builds up due to a lack of hygiene. Also known as “unwashed dermatosis,” it’s a rare disorder but is easily treated by scrubbing the area with soap, water, or alcohol and prevented by maintaining personal hygiene.
Drug-induced skin pigmentation
Hyperpigmentation of the skin may occur as a result of some drugs, including but not limited to:
nonsteroidal anti-inflammatory drugs
phenytoin
antimalarials
amiodarone
antipsychotic drugs
tetracyclines
The discoloration can appear anywhere on the body, including the neck. The colors range from dark brown to blue-black. It typically will resolve once the drug causing it is stopped, however, the discoloration could also be long-term or even permanent. In those cases, laser treatments may be able to remove the hyperpigmentation.