5 of Your Favourite Foods Predicted to Go Extinct 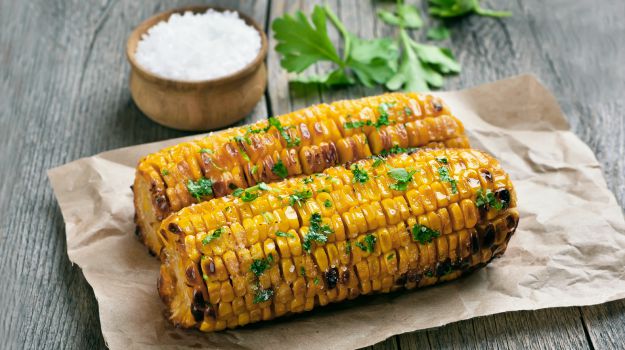 World Environment Day (WED) is one of the greatest annual events celebrated across the globe on 5th June. The objective of the event is to raise awareness about the leading issue of the sustainability of our environment. It was initiated in 1973 by the United Nations General Assembly and United Nations Environment Programme (UNEP) to address colossal issues like global warming, deforestation and food shortages among many others.

On World Environment Day, let’s awaken our conscience. With every passing year, the environment is getting degraded and rumours are afloat that if this continues, we might not be able to devour our favourite foods in the foreseeable future. Scientists have estimated that over two-thirds of flora and fauna that once inhabited the Earth are now extinct. Studies are now suggesting that certain human-induced environmental changes caused their eradication.

This year’s theme for World Environment Day is ‘Join the race to make the world a better place’. Here are five foods that our future generations could be deprived of, because of changes in the climate and our environment.

Thinking of adding a spoonful of honey to your morning smoothie? Or how about your favourite honey chilli potatoes? Stock up on this liquid gold as a United Nations scientific report warns that 2 out of 5 honeybee populations are on the path to extinction. Simon Potts, Director of the Centre for Agri-Environmental Research in England remarked, “We are in a period of decline and there are going to be increasing consequences.”

Bees are responsible for pollinating more than 250,000 species of plants, including more than 90 food crops. So, the decline in the population of bees could also affect the food supply. The possible cause of this is the high use of insecticides and pesticides in farming which are lethal for the bees and other pollinators. The use of herbicides also hinders the work of pollinators since it eliminates the wildflowers and weeds which are usually helpful in the process. Robert Watson, a British Ecological Scientist said

that England has now started paying it’s farmers to plant wildflowers for bees in hedge rows.

A study published in the journal ‘Science’ shows that due to changing temperature and weather conditions, bees have failed to migrate and many populations have died. While some animals may have adjusted, the research on bees suggests that they don't possess the ability to adjust easily to new environments.

Andrew Jarvis, leader of the decision and policy analysis Program at International Centre for Tropical Agriculture (CIAT) says that although chocolate is not essential for our survival, it can help in raising awareness about the increasing rate of climatic changes by “hitting people’s soft spots.”

The core issue here, is that due to rising temperatures and constant change in weather patterns, it is difficult to produce cocoa. The rising temperature leads to ‘evapotranspiration’ in the cocoa trees which makes them lose more water into the air and thereby lowering its yielding capacity. Scientists have predicted that chocolate production will significantly diminished by 2030. It has also been predicted that in the next 40 years, the temperature in Ghana and Cote d'Ivoire, where 70% of cocoa is grown, is set to rise by 2°C. This will make the climate too hot and dry for growing cocoa trees.

3. Sorry, no coffee or wine with that

According to a research conducted by UK’s Royal Botanical Gardens, Arabica and Robusta, which are the main sources of coffee would suffer greatly because of environment changes. It also revealed that the number of locations where Arabica coffee grows would decrease by 85% by 2080. High temperature and extreme conditions are leading to coffee rust and fungus that are invading many plantations. Another problem is depleting water supplies. Severe drought in Brazil, flooding in Honduras and Vietnam running out of water shows that the problems have already started surfacing.

Climate is the most critical aspect for the ripening of fruit to its best quality in the production of wine. It has been seen, that the world's premium wine regions are under threat due to hotter and unpredictable weather like Bordeaux and Rhone regions in France, Tuscany in Italy and Napa Valley in California.

4. The plunging future of seafood

Due to global warming, the temperature of the sea has started to rise, causing a sharp decline of a number of water-species. If the planktons, which are kind of algae and shrimps found in oceans and seas, were to go extinct, it would definitely have an impact on the population of fish and other seafood. UK’s Government Chief Scientific Advisor, Sir Mark Walport declared that “Thanks to man-made CO2, the acidity of oceans has increased by 25% since the dawn of the industrial revolution”. This threatens a whole wide range of ocean species.

Bad news for corn lovers. According to a study in the journal of Science titled ‘Climate change curbs crops’, it has been reported that the global corn production has been nearly 4% lower than it would have been if the climatic changes were slowed down. This is happening due to global warming. Just 1 degree Celsius rise in temperature, decreases the rate of corn production by as much as 7%. Corn is also a major feeding source of livestock, so a lower production of corn would mean expensive meat.

Palm oil is a type of edible vegetable oil that is derived from the palm fruit. It can grow and flourish wherever heat and rainfall are abundant. Where does the problem lie? Tropical forests are being cleared to make space for palm oil plantations. Thus, carbon dioxide is released in the atmosphere along with other greenhouse gases, elevating global warming. Top fast food brands in the world use palm oil to fry and bake their foods. Hence, they play a key factor in aggravating the situation by being a major buyer of palm oil.

According to the World Wildlife Fund, “an area equivalent to the size of 300 football fields of rainforest is cleared each hour to make way for palm oil production. This large-scale deforestation is pushing many species to extinction.” A new industry standard of deforestation-free palm oil has emerged. Sustainable palm oil is an approach to oil palm plantation which aims to produce palm oil without endorsing deforestation.  Palm oil is present in a wide range of products which includes: baked goods, confectionery, washing detergents, shampoo and cosmetics.

We know that we should conserve our resources (reduce, reuse and recycle), which helps in lessening the impact of human activities on the natural ecosystem but we rarely do anything about it.  This is easy to achieve by making small changes like switching to organic food as chemical fertilizers emit a great amount of greenhouse gases.  You should also prefer locally grown food because they do not require transportation which can impact the pollution levels. It has been further seen that the way food is grown, has a greater impact in reducing carbon emissions than the over-all emission as a result of shipping. Do your bit and you’ll still be enjoying your favourites on the dinner table many years from now.