The Health Benefits of Wheat Bran 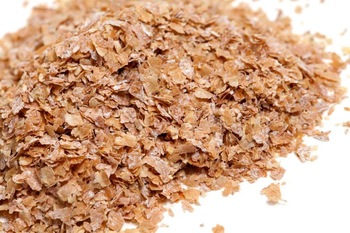 The modern, western diet is high in processed foods, leading to most people struggling to consume their recommended daily fibre intake of 25-30g for an average sized adult, according to The European Food Safety Authority (EFSA). Poor fibre intake results in people feeling unsatisfied, bloated and, worst of all, irregular. Including high fibre cereals made from wheat bran into your daily routine, is a simple way to increase your daily fibre intake. Let’s take a closer look at the key ingredient wheat bran and the additional health benefits it has to offer.

WHAT IS WHEAT BRAN?

A wheat kernel is made up of three parts; the bran, endosperm and the germ. Wheat Bran is the hard outside layer of the kernel, as can be seen in the image below, which is usually separated from the other parts of the kernel by milling. It is an indigestible plant component and is therefore where almost all of the fibre within the grain comes from, typically containing approximately 45% of dietary fibre, of which more than 90% is insoluble fibre. It is one of the most researched dietary fibres and is most strongly associated as being effective in maintaining bowel regularity.

THE HEALTH BENEFITS OF WHEAT BRAN

There is a vast body of scientific evidence demonstrating the positive impact dietary fibre and specifically wheat bran has on health. There are more than 70 studies stretched over a period of 80 years looking at its health benefits. Below is a short summary of the key findings.

Colon cancer is the third most common cancer in the world. The World Cancer Research Fund’s report on cancer and diet, physical activity and weight suggested that foods containing fibre decrease risk of colorectal cancer.

There are 3 main protective mechanisms of wheat bran against colon cancers. Firstly, it dilutes potential carcinogens (cancer-causing agents) because it creates a bulky stool which reduces access of carcinogens to the cells lining the colon. Secondly, it accelerates the transit time of matter passing through the colon so there is less exposure of faecal matter to the cells of the colon. Studies have also found that wheat bran is the best diluter and has the shortest transit time compared to pectin, guar gum, cellulose and oat bran. Thirdly, is the effect when wheat bran is broken down by bacteria (fermented) in the colon to Short Chain Fatty Acids (SCFA) such as butyric acid which may inhibit the growth of tumours. Lastly, studies have also found that phytic acid as well as other plant compounds such as beta-sitosterol may be protective against colon cancer development.

In 2011 a systematic review and meta-analysis of 25 studies was conducted which included a total of 1.9 million participants. They confirmed that a high intake of dietary fibre, particularly from cereal and whole grains (more so than fruit, vegetables and legumes), has a significant protective effect against colon cancer. There’s a 10% reduction in risk of colorectal cancer for each 10 g per day intake of total dietary fibre and cereal fibre.

Fibre has also been linked to a potentially protective effect in breast cancer. In a large study analysing adult women, they found that total fibre, particularly fibre from cereals and possibly fruit, is protective against breast cancer in premenopausal women. Possible mechanisms for this may be the role fibre plays in weight management and the potential for fibre to bind to oestrogen.

Although talks of reducing heart disease through diet has traditionally surrounded the intake of fats, however recent research has indicated that the quality of carbohydrates is equally important, particularly it’s dietary fibre content. In 2004 a systematic review and meta-analysis was conducted which included more than 330 000 participants who were followed up over a period of 6 to 10 years. This high quality study concluded that a high fibre diet, particularly from cereals and fruits, significantly reduced risk of developing heart disease. They also concluded that a 10g increase in fibre was related to a coronary death risk reduction of:

In a study of more than 74 000 healthy female nurses whose diets were tracked for 12 years, found that those with higher intakes of high fibre, whole grain foods gained less weight over time. They also found that a 12g increase in dietary fibre was associated with 3.5kg less weight gained over the 12 years.

A similar study which followed nearly 89 500 participants for 6.5 years found that diets higher in dietary fibre led to a decrease in weight and waist circumference change over time. The estimated weight change for a 10g per day fibre increase was:

It Adds Bulk and Speeds up Transit Time

As you may have picked up already, wheat bran can provide several digestive health benefits but its ability to increase faecal bulk and accelerate the movement of matter through the colon is perhaps its greatest benefit for gut health. The average increase in daily faecal weight is approximately 5 g per 1 g wheat bran consumed compared to other fibres such as fruit, vegetables, psyllium and soya, according to both The European Food Safety Authority and the UK Scientific Advisory Committee. The benefits of wheat bran’s ability to add bulk and speed up transit time include:

Toxins are removed quicker, are diluted and have less exposure to the lining of the colon

It is also well established that dietary fibre plays an important role in preventing and treating constipation, which is a common problem worldwide, particularly in women and children. A Cochrane review of evidence has found that adding more wheat and bran fibre to the diet was effective at alleviating constipation during pregnancy.

The 2008 NICE guideline consensus on irritable bowel syndrome (IBS) states that wheat bran should not be recommended for people with IBS as it is ineffective in the management of symptoms, and may even increase symptoms for some people. If an increase in fibre is needed, it’s better to opt for soluble fibres such as psyllium or oat bran.

It has Prebiotic Activity

Your gut microflora (the collection of bacteria in your gut) is incredibly influential on your health and it can be modified by dietary changes such as increasing your prebiotic intake. Prebiotics are essentially food for the naturally occurring good bacteria in your tummy. Another major benefit of prebiotics as already mentioned is the production of SCFAs which are in actual fact also fuel sources for the cells lining your colon.