Vervain: 5 Benefits Of A Versatile Herb 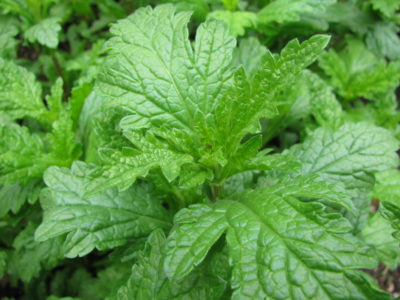 The vervain plant is a lesser-known herbal remedy, but it has a lengthy history of medicinal use when it comes to a variety of systems in the body. In traditional herbal medicine, it has been used to treat headaches, insomnia, depression, anxiety, kidney stones, gout, jaundice and more.  It also has been used to improve lactation for nursing mothers and as a natural treatment for painful menstruation. (1)

Does vervain have magical properties? If you start researching this herb, you’ll see some pretty interesting information come up, even including the suggestion that it has magical powers. Some sources also say that vervain was used on Jesus’ wounds after he was removed from the cross, which is why “herb of the cross” is one of its many nicknames. (2)

Let’s take a look at how traditional medicine has used vervain through the years, as well as what scientific studies have revealed about its medicinal powers to date. I’ll also tell you about the different forms of Verbena officinalis. You may even want to try growing this herb in your own garden.

Research published in the international journal Planta Medica looked at the effects of a number of vervain extracts (extracted in various ways) when given orally to animal subjects. The researchers found that all of the extracts of vervain “induce a remarkable anti-inflammatory activity.” In addition, the extracts demonstrated an ability to decrease gastrointestinal damage. (5)

Another study published in the Journal of Ethnopharmacology shows that vervain can provide anti-inflammatory, as well as pain-relieving, effects when applied topically. (6)

Research published in 2016 looked at the possible positive effects of vervain on the nervous system. The study used animal subjects. Researchers found that crude extract of vervain improved seizure responses. It also decreased how long it took to fall asleep while increasing the duration of sleep for the subjects. Overall the study concludes that their results “indicate that Verbena officinalis possess anticonvulsant, anxiolytic and sedative activities, which provides scientific background for its medicinal application in various neurological ailments, such as epilepsy, anxiety, and insomnia.” (7)

For centuries, vervain has been used to improve gum health. For example, the early Celtic people used it in a mouth wash to help their gum problems. Combine 2 tablespoons of vervain with 1 cup of boiling water. Let it steep (like a tea) and then wait for it to cool down. It can then be used as a mouthwash. (8)

Is there actually any science to back up using a vervain mouthwash to boost gum health? In fact, there is. A double-blind randomized clinical trial published in 2016 looked at the effects of a vervain decoction (basically a vervain mouthwash) on patients with chronic generalized gingivitis, which is a form of gum disease. The subjects all brushed and flossed their teeth. The test group also rinsed their mouths with the vervain mouthwash. The results were impressive — the vervain test group decreased their scores on both the Gingival Index (GI) and Plaque Index (PI), which is a good thing since the lower the scores on these indexes, the healthier the gums. Overall, the results indicated to the researchers vervain’s ability to improve chronic generalized gingivitis with no negative side effects. (9)

Studies have shown that Verbena officinalis possesses both antibacterial and antimicrobial abilities. Something that is antibacterial can kill bacteria or prevent the development of bacteria while antimicrobial means that a substance can kill and prevent the spread of bacteria as well as fungi and certain viruses. A scientific study published in 2016 in the Journal of Medicinal Food looked at vervain essential oil as a possible alternative to traditional chemical pesticides. They found that the essential oil of vervain was successfully able to stop the growth of some specific unwanted plant and human pathogens in a dose-dependent manner. (10)

It’s important for scientists to look into natural antibiotic alternatives since antibiotic resistance is becoming more and more of a problem these days. Another study from 2017 explored the effects of therapies combining antibiotics and four medicinal herbs including vervain on methicillin-resistant Staphylococcus aureus (MRSA). More studies are needed, but the researchers found that Verbena officinalis is an antimicrobial and antibacterial herb containing bioactive ingredients that may have potential in helping to fight against drug-resistant infections like MRSA. (11)

Vervain has been shown to contain a naturally occurring plant glycoside called verbenalin or cornin. A 2016 study isolated this cornin from the fruit of the plant to look at its possible protective effects against myocardial ischemia, which is when blood flow is reduced to the heart due to a partial or complete blockage of the heart’s arteries. The researchers found that the animal subjects treated with cornin (30 milligrams per kilogram via an IV) exhibited that their hearts were protected from injury due to myocardial ischemia. Based on the data, the researchers believe that the cornin found in Verbena officinalis has cardioprotective effects due to the fact that it increases the expression of compounds in the body that play a key role in cellular survival pathways. (12)