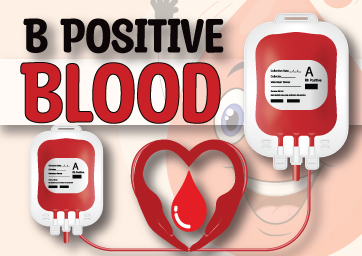 An individual’s blood type is determined by the genes inherited from his/her parents.

Whether your blood type is common, rare, or somewhere in between, your donations are vital in maintaining a good supply of that blood type in your community. To save and improve the lives of individuals living there who are in need.

Therefore, keep doing the noble job of blood donation regularly and register your name for a good cause.

What is Special About B+ Blood?

B positive blood type is crucial for people suffering from sickle cell disease and thalassemia and requires blood transfusions regularly.

South Asian and Black communities are considered to get affected by these diseases as B-positive blood is more common there.

Currently, there is a high demand for B-positive donations with subtype Ro. because 2% of donors only have this rare subtype, and demand is quite high.

Is B-positive a Rare Blood Type?

Yes, B+ is a rare blood type and considered to have tremendous power. According to the statistics, only 8% of the population has B-positive blood, and these individuals can utilize the power of their donation in two ways.

One of them and the most preferred one is the donation of platelets. They can donate platelets often, around every seven days and up to 24 times a year. Hospitals always have a high demand for platelets and often use them on cancer patients undergoing chemotherapy.

Another donation method is red blood cells, which have extraordinary lifesaving power. Based on hospital demand, the blood donation camp is organized by the blood banks.

What is the Behavior of the B+ Blood Type?

Some Asian countries like Japan and South Korea give importance to a person’s blood type as they believe that blood types are directly associated with the person’s traits & personality.

If we talk about the behavior of the B+ blood type, they are

Some notorious Type B personalities are Jack Nicholson, Paul McCartney, and Leonardo DiCaprio.

What are the Advantages of Blood Group B+? 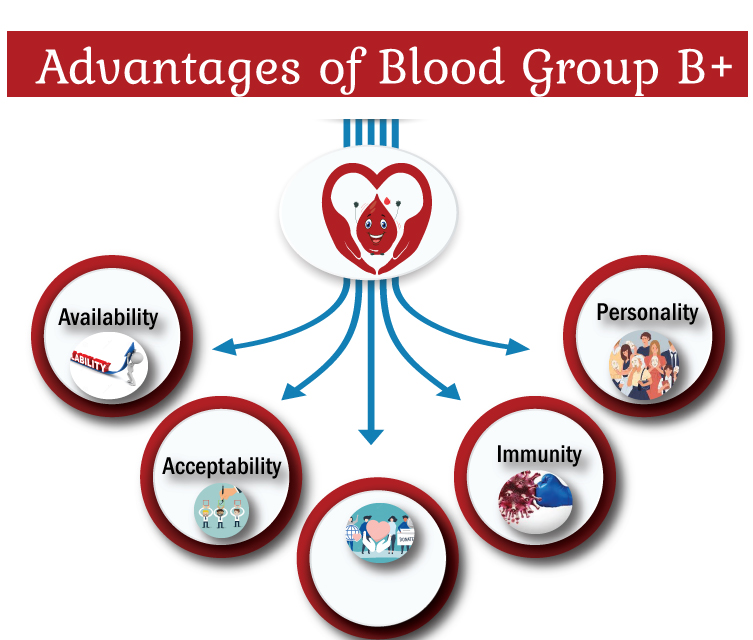 Acceptability: B-positive blood type people have antigens B and Rh in their blood. Therefore, they can accept B+, B-, O+, and O- blood type. This means that B+ positive blood is one of the most compatible blood groups in terms of receiving blood.

Immunity: B-positive blood group people are said to have a strong immune system and a stable nervous system. They are considered more resistant to digestive diseases because they can easily adapt to the changes in their diet. Other than this, healthy individuals are believed to have fewer risks of getting diseases compared to other blood group types of people.

Personality: If the personality of the B-positive blood group individuals is considered, they are said to be more focused on listening, reflecting, and interpreting. Other than this, they are believed to be more creative, subjective, idealistic, flexible, and people-oriented beings.

Blood group B+ has a number of disadvantages which are following.

Limitation as a donor: B+ blood group people can donate blood only to people with blood groups B and AB, which is a restriction as a blood donor.

Behavioral aspects:  People with a B-positive blood group are usually considered to have a strong drive and focus on their work. But they are highly prone to get frustrated if things don’t go as they want. Also, it is also said about them that they can’t handle multiple tasks at a time as they are considered poor at multitasking.

Diet restriction: According to the research conducted on blood groups, persons with B-positive blood should avoid having wheat, corn, peanuts, lentils, sesame seeds, and tomatoes. As these foods are considered to have a negative impact on B-positive blood group individuals’ metabolism. Also, they can experience hypoglycemia, fluid retention as well as fatigue. If the chicken consumption of such individuals is considered, they should reduce chicken intake as certain elements present in the chicken can cause harm to the bloodstream and induce health disorders.

Drink restriction: The most common and advised drink restriction for the B-positive blood group is not to take carbonated beverages, including soda and soft drinks.

B Positive blood type individuals may face various challenges. They can experience sensitivity to B-specific lectins available in different foods. Increased cortisol levels in the situation of stress, vulnerability to autoimmune diseases, and suspicion of slow-growing viruses like lupus. On the other hand, a healthy blood type b individual has fewer chances of getting diseases and is believed to be more physically fit than other blood types individuals. 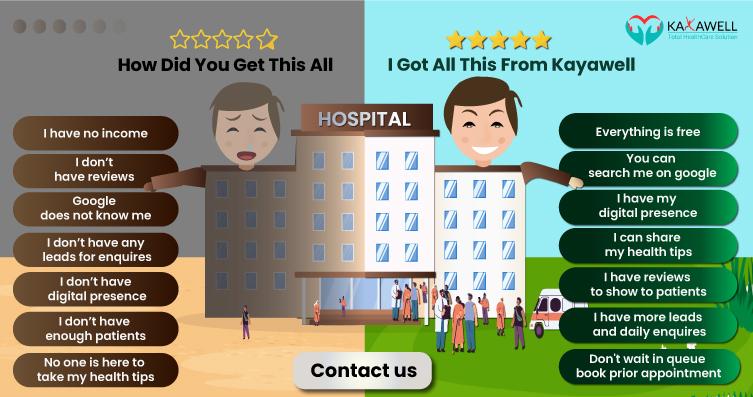 B-positive blood type individuals are advised to balance meditative and physical activities as this helps maintain a perfect balance for body and mind challenges. They can attain this feat by performing activities not so intense though having a great blend to combat mental challenges. Exercises/activities recommended to B-positive individuals include cycling, hiking, martial arts, golf, and tennis.

What Ethnicity is B-positive Blood?

According to the American Red Cross, the following statistics showcase the ethnicity of B-positive blood in the U.S.

Who can Receive B-positive Blood?

Blood groups B+ and AB+ individuals only can receive B-positive blood. This is because the B+ blood group has antigens B and Rh antigens in the blood. As recommended, male individuals can donate blood 4 times a year, while female donors are said to donate up to 3 times a year.

Why is B-positive Blood Important?

B-positive blood is critical because it plays a vital role in maintaining a good blood supply in our community. According to the statistics, it is the third most common blood type; that’s why it requires regular and frequent blood donations so that the life of the needy ones can be saved. On average, more than 120,000 units of blood, platelets, and plasma are required to meet the requirements of the hospitals. For your information, 1 in 12 people has a B+ blood type which is 8.5% of the population.

This is all about B+ blood that every Type B person should know. If you belong to another blood group and want to know about your blood type, visit: www.kayawell.com. Besides, you can get more informative blogs, health tips, and access to specialist doctors/physicians, hospitals, clinics, pharmacies, diagnostic centers, and more at Kayawell.