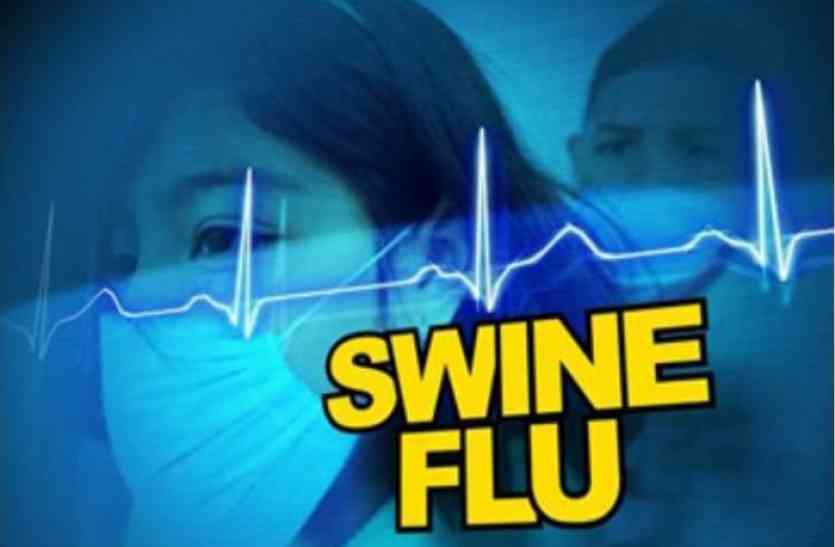 Swine flu (swine influenza) is a respiratory disease caused by viruses (influenza viruses) that infect the respiratory tract of pigs, resulting in nasal secretions, a barking cough, decreased appetite, and listless behavior. Swine flu produces most of the same symptoms in pigs as human flu produces in people. Swine flu can last about one to two weeks in pigs that survive. Swine influenza virus was first isolated from pigs in 1930 in the U.S. and has been recognized by pork producers and veterinarians to cause infections in pigs worldwide. In a number of instances, people have developed the swine flu infection when they are closely associated with pigs (for example, farmers, pork processors), and likewise, pig populations have occasionally been infected with the human flu infection. In most instances, the cross-species infections (swine virus to man; human flu virus to pigs) have remained in local areas and have not caused national or worldwide infections in either pigs or humans. Unfortunately, this cross-species situation with influenza viruses has had the potential to change. Investigators decided the 2009 so-called "swine flu" strain, first seen in Mexico, should be termed novel H1N1 flu since it was mainly found infecting people and exhibits two main surface antigens, H1 (hemagglutinin type 1) and N1 (neuraminidase type1). The eight RNA strands from novel H1N1 flu have one strand derived from human flu strains, two from avian (bird) strains, and five from swine strains

Symptoms of swine flu are similar to most influenza infections: fever (100 F or greater), cough (usually dry), nasal secretions, fatigue, and headache, with fatigue being reported in most infected individuals. Some patients may also get a sore throat, rash, body (muscle) aches or pains, headaches, chills, nausea, vomiting, and diarrhea. In Mexico, many of the initial patients infected with H1N1 influenza were young adults, which made some investigators speculate that a strong immune response, as seen in young people, may cause some collateral tissue damage. The incubation period from exposure to first symptoms is about one to four days, with an average of two days. The symptoms last about one to two weeks and can last longer if the person has a severe infection.

Some patients develop severe respiratory symptoms, such as shortness of breath, and need respiratory support (such as a ventilator to breathe for the patient). Patients can get pneumonia (bacterial secondary infection) if the viral infection persists, and some can develop seizures. Death often occurs from secondary bacterial infection of the lungs; appropriate antibiotics need to be used in these patients. The usual mortality (death) rate for typical influenza A is about 0.1%, while the 1918 "Spanish flu" epidemic had an estimated mortality rate ranging from 2%-20%. Swine (H1N1) flu in Mexico had about 160 deaths and about 2,500 confirmed cases, which would correspond to a mortality rate of about 6%, but these initial data were revised and the mortality rate worldwide was estimated to be much lower. Fortunately, the mortality rate of H1N1 remained low and similar to that of the conventional flu (average conventional flu mortality rate is about 36,000 per year; projected H1N1 flu mortality rate was 90,000 per year in the U.S. as determined by the president's advisory committee, but it never approached that high number).

Fortunately, although H1N1 developed into a pandemic (worldwide) flu strain, the mortality rate in the U.S. and many other countries only approximated the usual numbers of flu deaths worldwide. Speculation about why the mortality rate remained much lower than predicted includes increased public awareness and action that produced an increase in hygiene (especially hand washing), a fairly rapid development of a new vaccine, and patient self-isolation if symptoms developed.

The cause of the 2009 swine flu was an influenza A virus type designated as H1N1. In 2011, a new swine flu virus was detected. The new strain was named influenza A (H3N2)v. Only a few people (mainly children) were first infected, but officials from the U.S. Centers for Disease Control and Prevention (CDC) reported increased numbers of people infected in the 2012-2013 flu season. Currently, there are not large numbers of people infected with H3N2v. Unfortunately, another virus termed H3N2 (note no "v" in its name) has been detected and caused flu, but this strain is different from H3N2v. In general, all of the influenza A viruses have a structure similar to the H1N1 virus; each type has a somewhat different H and/or N structure.