Is Stevia Good For You?

Stevia is considered “no-calorie”. Stevia does not strictly contain zero calories, but it is significantly less calorific than sucrose and low enough to be classified as such. In this article we are going to discussing the health benefits of stevia and its side effects also.

Stevia is the name given to a green leafy herbal plant, which is native to South America and has been used for hundreds of years because of its extremely sweet leaves. Stevia glycosides, mainly stevioside and rebaudioside are the active compounds responsible for its sweetness. Stevia has received its recent fame as being an artificial sweetener that is more than 40x sweeter than sugar but does not affect blood sugar levels. It also does not hrereave the negative side effects
on the body, unlike normal sugar and is useful especially for diabetics.

It has more than 240 species of shrubs and small flowering plants in the Asteraceae family, which is the same family as sunflowers. Stevia is known by different names, including sweet leaf or sugar leaf, but the formal scientific name is Stevia rebaudiana.
It grows in the tropical portions of North and South America, but it isn’t well-known as a plant.

As more and more research emerges about this wonderful new option for people on carbohydrate-controlled diets, the number of countries who are approving stevia as a sweetener and a food additive has been rising. In 2011, the EU gave permission for stevia to be used throughout the 27 nations too.

The most widely praised aspect of stevia for human health concerns is its ability to regulate blood sugar levels in the body. This is an ideal replacement for normal sugar for diabetics or people on carbohydrate-controlled diets because they can eat sweet foods without having to worry about diabetic complications.

Opposed to sucrose, which is what normal table sugar consists of, stevia sweetens food in a similar way as sugar, but it contains stevioside, which is a non-carbohydrate glycoside compound. As explained above, when stevioside breaks down, the glucose-containing particles are absorbed by the bacteria in the colon, rather than being absorbed into the bloodstream and affecting glucose levels in the body.

Stevia is very low in calories and is anywhere from 40-300x sweeter than sugar, depending on the prevalence of certain extracts in the species variety. This means that people can eat foods like cakes, cookies, and candies made with stevia without worrying about gaining plenty of calories from sugars, so they won’t hurt their chances of successfully losing weight. This can also help in controlling excess sugar content in children’s diet.

As mentioned, stevioside is a type of glycoside, but there are other glycosides in stevia that can actually relax the blood vessels, increase urination, and facilitate the elimination of sodium from the body. This means that less stress is put on the cardiovascular system and there can be a drop in blood pressure, which protects heart health and prevents certain conditions such as atherosclerosis, heart attacks, and strokes.

The rich source of antioxidant compounds found in stevia makes it an ideal dietary supplement for various cancer prevention including pancreatic cancer. Quercetin, kaempferol, and the other glycoside compounds in stevia help to eliminate free radicals in the body, thereby preventing them from mutating healthy cells into cancer cells. Antioxidants also help to prevent premature aging, cognitive malfunction, and various other conditions like heart disease.

Studies show that consumption of stevia leads to significant reduction in bad cholesterol, triglyceride, and LDL levels. And, increased levels of HDL, which is healthy cholesterol and is essential for good lipid profile.

Stevia has been found [8] to reduce bacterial formation in the mouth, making it a popular additive for toothpastes and mouthwashes. It also prevents cavities and gingivitis, which sucrose certainly doesn’t do!

Stevia is useful against skin conditions such as eczema and dermatitis. Topical application inhibits the spread of bacteria and acts as a steroid in these situations, making it a popular option for many people who can’t get relief from these conditions.

Stevia, unlike sugar, aids in increasing bone mineral density and treat osteoporosis. A study on animals shows its importance in increased calcium metabolism. Researchers are trying to find out different ways it could be used for human health. 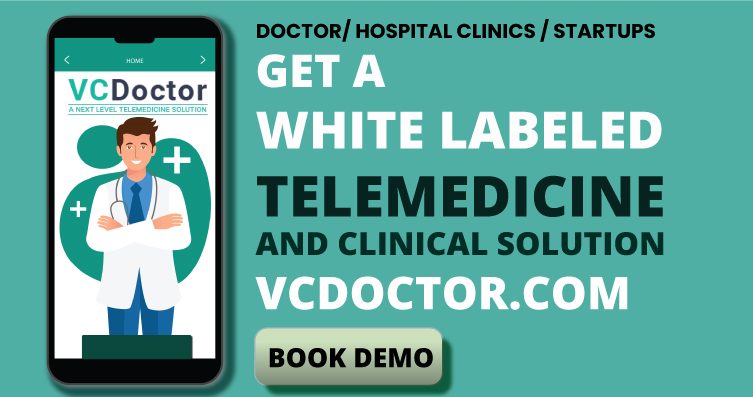 Stevia Side Effects: What Harms it Provides to Human Body?

What is Stevia? Does it contain any side effects? The answer is “Yes.” It does contain some side effects which can be acute to chronic depending upon the intaking. Stevia is a zero-nutritive or non-calorie sweetener created by steviol glycosides. These are supplements that are collected by the way of extraction and then refined from the leaves of the stevia rebudiana plant.

Individuals who are on their weight loss journey or have high sugar levels utilize this supplement for sweetening things. But as there are good and bad on both sides of the coins, hence there come stevia side effects, which highly impact the human body. So the article here gives a detailed account of what can be the negative effects of stevia? Read all the information carefully and then plan your in taking accordingly.

Is Stevia Bad for You?

Stevia is a natural sweetener that came out of the stevia plant named Stevia Rebudiana. It contains zero calories but is 200 times sugary in comparison to table sugar. There are many benefits like help in weight loss, lower sugar level, manages cholesterol level, etc. But there are a few concerns when in taking the stevia. 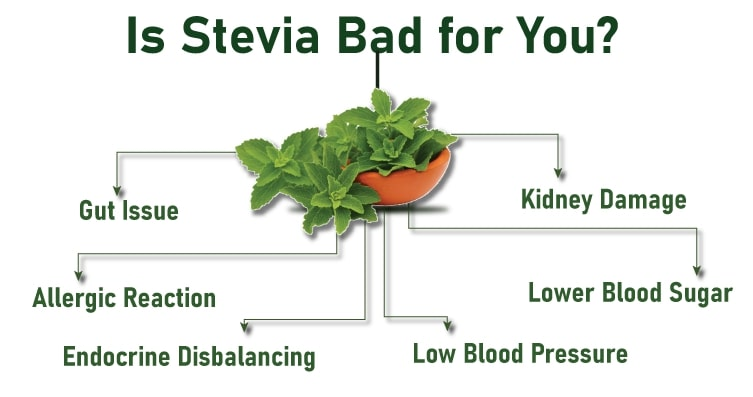 The United States Food and Drug Administration (FDA) has said that only highly purified stevia glycosides are considered safe for human consumption. Crude stevia extracts, stevia leaves, etc. are not approved by the FDA, and hence consuming these may lead to severe health issues (depending on the consumption) like:

Stevia is contemplated as diuretic. It means that it speeds up the process of discarding water and electrolytes from the body in urine. Now due to the nature of the kidney, filtering and generating urine, experts believe that the long time intaking of stevia can leads to organ failure.

Stevia sometimes is paired up with other supplements or sweetener that generates their own side effects. Sugary alcohols like erythritol may lead to an upset stomach, and many others like

But it is observed that stevia may obtain some kind of bacteria that are mandated for good bowel function. The report on this was published in 2019.

There are not many cases reported for stevia allergy. But as per the report published in 2015, a few people claimed to have an allergic reaction when having stevia. FDA also counted the number of people being suffered from allergic reactions.

Stevia serves as the vasodilator which widens the blood vessels and lowers the blood pressure. Currently, researchers have found stevia’s potentially positive use. Only long-term use can impact such conditions as Low Blood Pressure and other medical issues. People already suffering from such conditions should first speak to their doctor before taking stevia in their diet.

The endocrine system is responsible for managing the hormones in the body. Stevia as steviol glycosides act as the steroid and may interfere with the levels of hormones. In a 2016 study, it was noticed that some cell in the human body is exposed to steviol and led to rising in the progesterone levels in the body.

In the past days, it was concluded that too much stevia can drop or lower blood sugar levels. But further, the researcher proves this statement to be unlikely to happen. To prove this statement further, A study in 2020 states that people with Type 2 diabetes have stevia tea per day for 8 weeks (around 2 months), seen with no changes or fluctuation in their blood glucose levels.

This a rare scenario which has been noticed rarely. Some people have found numbness in their hands and feet while taking stevia with any food or beverage. But the numbers counted as low as possible.

These were the side effects when having stevia in beverages or food. The side effects are not being seriously noticed in the people. Experts are also believed to have fewer consequences when stevia is taken in enough quantity. Hence, if you are an individual opting for stevia due to any reason, then it will be a great choice surely.